In the battle for supermarket supremacy, Coles has reversed its sluggish revenue growth to post a solid result in its first period as a standalone company, after demerging from Wesfarmers. Coles’ supermarket division reported 3.1% revenue growth in 2018-19, which represents a notable increase from the 1.7% and 1.3% revenue growth rates recorded in 2016-17 and 2017-18, respectively. Furthermore, Coles is expected to slightly outperform its main rival, Woolworths, in 2018-19.

According to industry research firm IBISWorld, revenue from Woolworths’ supermarket operations is expected to increase by 3.1% in 2018-19. However, Coles has lost ground to Woolworths since Q1 2018-19, when Coles received a boost from the first iteration of its Little Shop campaign.

“Coles had great success with the Little Shop campaign in the first quarter of 2018-19. The marketing initiative gave the company the boost it desired in its battle for market share with Woolworths,” said IBISWorld Senior Industry Analyst, Tom Youl.

“The campaign’s benefits were twofold, as Woolworths reported slowing sales over the same period, with an expected growth rate of 1.3% compared with the 3.1% recorded in the last quarter of 2018,” said Mr Youl.

“Woolworths’ success with Metro-branded stores, more robust store refurbishments and a quicker move into online grocery sales have underpinned the company’s revenue growth. However, it is worth noting that Coles is gaining ground in the online groceries space,” said Mr Youl. 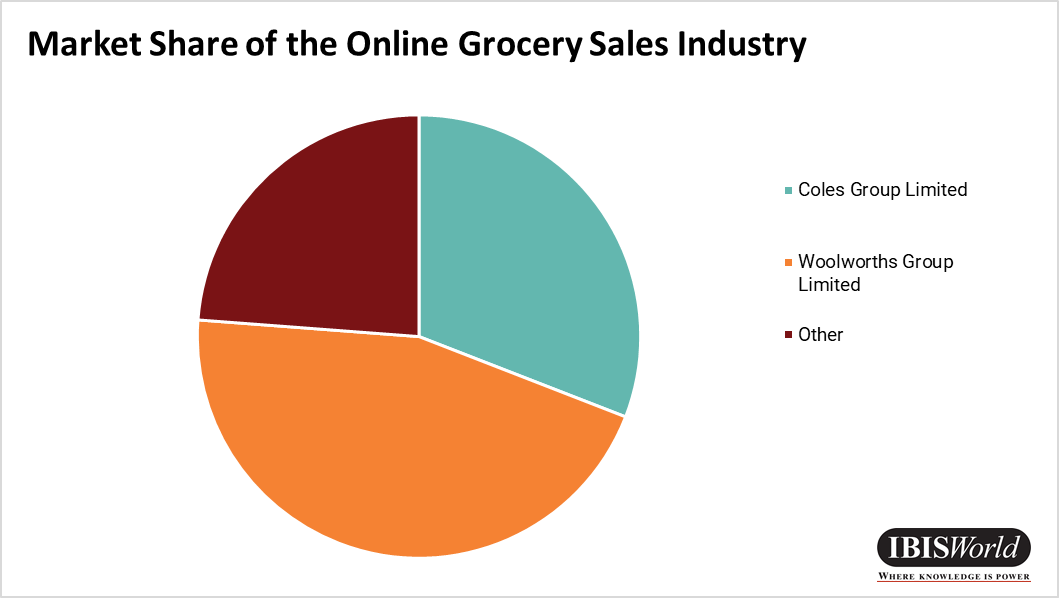 IBISWorld expects the Supermarkets and Grocery Stores industry to generate $108.4 billion in revenue in 2018-19, representing revenue growth of 4.7% in nominal terms. This revenue growth represents a solid performance for the industry given the sluggish economic conditions, including weak wage growth, that have affected Australian households. Strong revenue growth from Costco and ALDI is also anticipated to contribute to the industry’s expansion in 2018-19. A notable slowdown in price deflation has also benefited industry operators.

“Although Coles will likely by buoyed by its improved revenue growth in 2018-19, the company will be quietly concerned about the sales momentum Woolworths is carrying into 2019-20,” according to Mr Youl.

Additionally, Coles’ Little Shop 2 campaign is unlikely to generate a sales boost as robust as the first time around. Woolworths’ competing Lion King Ooshie promotion and moderate campaign fatigue from repeating the Little Shop promotion are expected to weigh on Coles’ revenue growth in Q1 2019-20.

Revenue growth in the Supermarkets and Grocery Stores industry is anticipated to slow to 2.4% in nominal terms in 2019-20, as a decline in disposable income and negative consumer sentiment weigh on household expenditure.

Supermarkets and Grocery Stores in Australia